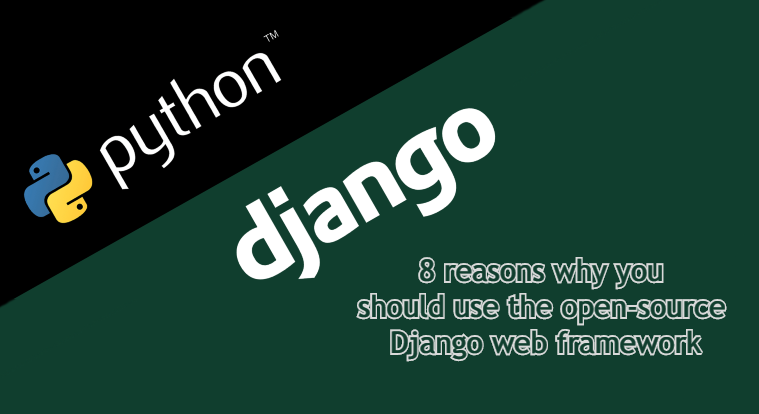 Software developers are always looking for the best solution. Which programming language is optimal for coding, which tools are ideal? The choice can be difficult and depends on the programmer, the project, and the available tools. To turn an idea into reality, the open-source Django web framework is a very good choice. It is reliable, efficient, and makes it easy to meet deadlines. Learn now about the benefits of working with the Django framework.

1. Django and the language Python

What is Symfony for Ruby on Rails and PHP, is the Django web framework for Python. Python is one of the most popular programming languages and scores with important advantages in the area of enterprise software and business applications. The advantages at a glance:

By the way: Google, NASA, and CERN also work with the programming language.

2. Django is considered a web framework for perfectionists with a tight schedule

The Web Application Framework was originally developed for the news page of a news website. It was about managing and delivering the news page. Because of its ability to implement projects quickly and efficiently, the Django web framework is often referred to as “The web framework for perfectionists with deadlines.”

3. Advantages for the developers

When working with the Django web framework, software developers benefit from features such as database migration. When database structures change during the development process, data is automatically transferred to the new structure. As a result, this facilitates parallel software development and application deployment. For example, the concept also reduces the effort required to implement new functions. The individual modules are called Django Apps. By abstracting the database access, a later change from e.g. MySQL to PostgreSQL is possible if required.

4. The Django web framework and the advantages for customers

If a customer needs to replace the development team in the middle of a project, it is easy to find a new suitable team when using Django. The familiarization is quick and thanks to the great popularity many competent developers are available. Customers can save so much time and money.

5. The MVC design is consistently implemented

Web applications are increasingly replacing traditional desktop programs, and with its conventions, Django is helping to rapidly develop professional applications for businesses. The MVC principle (Model-View-Controller) is consequently implemented, whereby it is called Model-Template-View here. It helps to keep the DRY (don’t repeat yourself) principle. In this way, programming with Django increases readability for developers, which also makes it easier to familiarize oneself with new projects.

6. Django is suitable for large projects

The Django web framework is secure, nimble, and scales well. Companies like Pinterest, Mozilla, and Instagram use the framework. Almost any feature can be easily extended without having to modify the source code of the framework. This feature has also contributed to the success of the framework. In combination with technologies like MongoDB and Memcached, fast loading pages are created, which process data fast.

Using regular expressions, you can customize descriptive URLs and routing. Developers can also add Django tags to HTML templates. Security is a top priority at Django. Django prevents unauthorized access to files because it expects explicitly configured URLs. Protection against cross-site request forgery also contributes to the high level of security. Thanks to the separation of media files, static files, and the program’s logic, a Content Delivery Network (CDN) can easily be used. This can promote better scalability and improved performance.

8. Optimal solution for an MVP design

Today many start-ups choose the MVP model (Minimum viable product) for the development of initial software. If applied correctly, the scalability for further development should be given. With the Django framework, the MVP design can be optimally implemented because it is available out-of-the-box. All necessary tools for the development of additional functions are already included, for example, an admin panel with one line of code can be inserted.

With the Django web framework, the reliable and well plannable development, support, and maintenance of web applications succeed. This is equally important for software developers and customers.